“I like to think that the originality and creativity behind something does contribute something good to the world, whether it has a directly politicized message or not.” 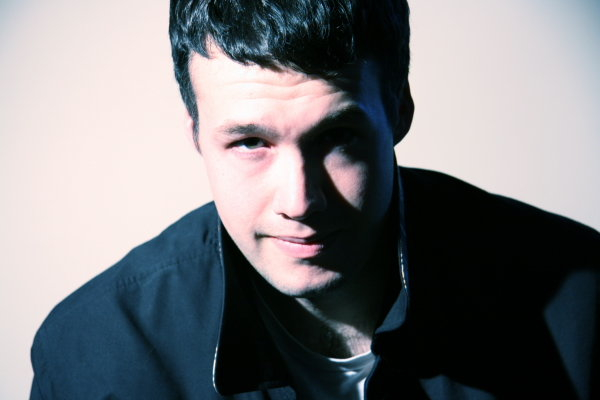 Miles Finlayson has a gift for making people see things in a new light. He came into my life in 2002, when he stepped in at the last minute as sound recordist on my short film Sight Lines. We were in loose contact for a few years after that, until the time came for me to get back to more creative pursuits; when it did, I knew exactly with whom I needed to reconnect.

Miles has always inspired me with his encouragement and example. In the past decade, he’s created a close to a dozen films of his own initiative; he’s directed all of them, and written, produced, shot and edited many. He has acquired producers and backers on occasion, but most of his projects are self-financed through his earnings as a freelancer in film and television. Although he sees investing “the down payment on a house” in making films as a bit reckless, I utterly admire his passion, commitment, determination and willingness to take risks. 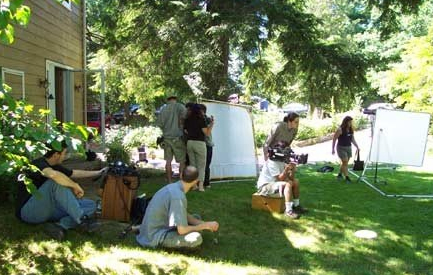 Miles was born in Labrador City, Newfoundland and moved to Ottawa, Ontario with his family at age two. As a teenager, he was “very angry and removed, and listened to too much punk rock.” He hated school and couldn’t wait to get out.

In his first few years of high school, he says, “I felt invisible, like I didn’t exist.” He recalls being able to skip class “at will,” without any of his teachers noticing. On a perfect day for him and his reclusive buddies, “we’d get on the bus, we’d go to school, our parents would leave, and we’d go back home and record music all day.” Miles was also very politically involved, attending protests for issues such as environmentalism and globalization.

For his last two years of high school, he transferred to the Norman Johnston Secondary Alternate Program, where he fared better under the more self-directed program and graduated on schedule in 1998.

Relieved to be out of school, and unsure where to turn next, Miles took a year off to save money and figure things out. His first job was at the Salvation Army, sorting through the donation boxes. Prior to taking that job, he’d appreciated cinema the way many of us do. “It captivated me,” he says. “But I didn’t think much beyond that. I didn’t think I making films was something I could do. I didn’t think it was a possibility.” Little did he know that the minimum wage job would be his window into the world he wanted to live in.

“In that dimly lit, grimy back room (at the Salvation Army), I pulled out this Super 8 camera,” says Miles. “I looked through the view finder, and it was honestly like one of those epiphany moments and I knew I wanted to make movies. It was a very raw, pure revelation that I wanted to tell stories through the moving image. That’s how it started.” 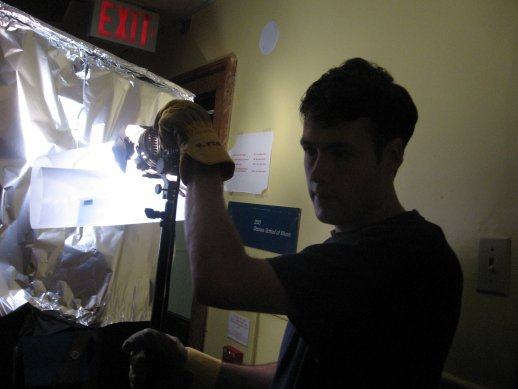 Lighting a shot on one of his earlier films

The long and winding road

Miles enrolled in post-secondary courses to study up on the art and craft of filmmaking. He took a film studies class at Carleton University, and film studies and writing courses at Algonquin College. He also started landing local and national gigs in the film and television industry, working for public and private sector clients (he’s a regular on Ottawa filmmaker Lee Demarbre’s sets), and building up a résumé that includes sound recordist, editor, camera operator, director, producer and, most recently, cinematographer. “If you name a job in the film industry, I’ve probably done it,” he says.

In 2001, he started up Endless Road Productions as a shingle for his first film, Zebadiah the Anthropophagus, a nine-minute piece shot on High 8. He self-deprecatingly calls the movie “wretched” and “abysmal,” noting that “it could have been made better by baboons,” but also admits it was a fan favourite in the festivals that played it and contains “a quality that I don’t think I’ll ever be able to duplicate.”

Despite giving himself a scathing review, Miles recognizes the importance that initial film played on his road to becoming a filmmaker. That’s why he chose the name he did for his company. “I see filmmaking as a journey, and there’s no end to that journey,” he says. “It’s a journey you’ll be on until you die. Endless Road Productions captures the limitless potential of cinema and the growth of a filmmaker throughout their life.”

As he develops his craft, Miles is mindful of making films that reflect things that matter to him. He’s very conscious of the fact that he traded in posters and picket lines for a camera and light meter, but he doesn’t see it as abandoning his convictions; he feels he’s stepped on to an even bigger platform from which to be heard. To make his point, he cites the adage made famous in the 1980s: “The personal is political.”

Take his 2007 short film Connections, which he wrote, produced, directed and edited. “Connections is about aging and that shift in power when sons become physically stronger than their fathers,” he says. “Some people would say that focusing on film rather than activism is a copout. ‘You’re running away, you’re making a drama about a father and son, how is that political? How is that going to have any impact socially on the world?’ But I like to think that it does. I like to think that the originality and creativity behind something does contribute something good to the world, whether it has a directly politicized message or not.” 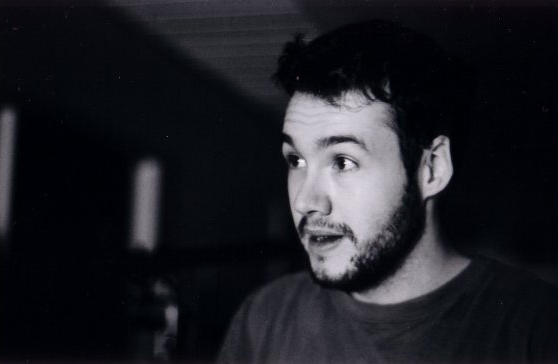 From his perspective, the issues he was actively speaking out about 10 years ago remain relevant today. But in our current political climate, activism in the traditional sense has become futile. “I don’t know if holding a sign is going to reach people,” he says. “I think there’s a need for more creative measures. As core and essential as protests have been, they’ve become clichéd and been tuned out.”

As Miles’ voice gets louder, he’ll have a growing number of opportunities to reach people through his work. Connections premiered at the acclaimed Worldwide Short Film Festival (WWSFF) in Toronto, Ontario, and was broadcast on Movieola – The Short Film Channel. His 2010 short The Picture in the House, which he produced, directed, shot and edited, and which was based on the short story of the same name by H.P. Lovecraft, has been well received around the globe. It was nominated for Best Adaptation at its premiere festival, The H.P. Lovecraft Film Festival in Portland, Oregon, and was met with rave reviews at A Night of Horror International Film Festival in Sydney Australia and at the Pittsburgh Horror Film Festival.

In addition to putting out his own films, he’s been busy building a library of feature film scripts with his writing partner, Ottawa’s Mark Pollesel. They’ve sent many of their scripts to producers across Canada and in Hollywood, and are getting outstanding feedback. “A few production companies have opened their doors to us based on the work we’ve sent so far, and have agreed to read anything we send them,” says Miles. “We’ll just keep doing it until the right one hits at the right time.”

A Place Without a Postcard

Probably in part due to all the years spent observing the world and feeling invisible, Miles has a knack for noticing things that others might just walk by. Fortunately for the rest of us, he’s captured some of those moments on film, and will be releasing his vision for all to see in late 2011 or early 2012.

A Place Without a Postcard is Miles’ most ambitious project to date. In the works since 2007, the feature documentary, which is being produced by Ottawa’s Zed Filmworks, chronicles the adventures of urban explorers—people committed to discovering abandoned and little-seen manmade structures, such as buildings, rooftops and cellars.

Miles stumbled upon urban exploring by chance, in much the same way the Super 8 camera came into his life in the Salvation Army years before. While travelling for work, “I’d come across these abandoned places,” he says. “I’d check them out, and I’d find them to be the most beautiful places; absolutely incredible, full of palpable history, a history you can touch. It’s like being in a museum where everything is where it originated from, and you can smell it and touch it and manipulate it, and you have to do more detective work to get the story out of that object.”

After discovering these living museums all over the world, Miles dug a little deeper and found “a whole community of people who call themselves urban explorers.” He shared the reverence these people had for the overlooked and forgotten, and set about documenting some of those places in North America and Europe, looking to reveal the hidden power and beauty within. The result is A Place Without a Postcard, a stunning visual piece that wholly captures on film the tangible atmosphere Miles experienced firsthand in each of the places he visited.

One of his most special finds on the shoot was the catacombs beneath the streets of Paris, France. “That is probably the most fascinating place I went,” he says. “It’s more than 300km of off-limits tunnels underneath Paris. Technically, they go back to the Roman times, but it actually goes back even further; you can see old fossils from when it was a sea bed.”

As he shimmied and crawled through some of the more confined spaces he discovered, Miles was never deterred from his devotion to capture the secrets within the corners of seemingly ordinary, sometimes even invisible, structures. He fervently believes that life’s greatest offerings don’t necessarily come in big, obvious packages, and he aims to reflect that in his films.

“There’s a tendency in cinema to completely sensationalize,” says Miles. “If you go to the video store and you look at the covers of films, you’re going to see these actors with three-quarter-lit huge faces and half of them are holding a gun to their faces. There needs to be an explosion in the sunset with the hero walking away with the girl—you need all those elements and you can’t go far enough, if you look at conventional cinema. (French filmmaker Jean-Luc) Godard said it best: ‘All you need for a movie is a girl and a gun.’”

When Miles gets behind a camera, or picks up a pen, his goal is to find inspiration in even the most mundane things. For him, it’s not what you see, but how you see it. “Stan Brakhage, the experimental filmmaker, has talked a lot about this,” says Miles. “He’s said that if you’re willing to really see the world, then a field in front of your house could provide a lifetime of work. It can be a struggle, but I think trying to find inspiration in everyday life is essential, to art and to life.”

Furthering his point, Miles references William Blake’s poem The Auguries of Innocence: “To see a world in a grain of sand, and a heaven in a wild flower, hold infinity in the palm of your hand, and eternity in an hour.” Which reminds me of the exquisite Welsh proverb: “A seed hidden in the heart of an apple is an orchard invisible.”

The message is the same. But for me, when it comes from Miles, it holds a little extra weight. I have a collection of nuggets from conversations I’ve had with him over the years; little truisms, things that inspire me when I need a reminder. One of my favourites is this: “If you don’t find wonder on Earth, you won’t find it on the moon.” I keep it close at heart.

Miles’ films are a reflection of that belief. It’s only a matter of time before the world discovers the wonder behind them.