“I know that the Canadian talent base could kick ass anywhere in the world.” 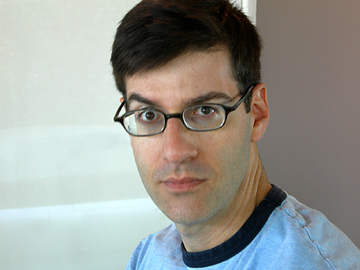 It’s not often you get to befriend a live-action cartoon character. But that’s what happened in 2008 when I helped out on the documentary two friends of mine (Kickass Canadians Colin Keith Gray and Megan Raney Aarons) were filming in Ottawa. The director turned out to be none other than Calgary-born Rob Cohen—nice guy, funnyman and the inspiration for Milhouse on The Simpsons.

“I used to look that way,” says Rob, who still bears a striking resemblance to the nerdy character. “I used to run around when I was (working for The Simpsons) in shorts and a t-shirt, and I have a big nose and glasses and I have lot of hair, and the writers model a lot of characters on real people, and so apparently I’m who they modeled Milhouse after.” 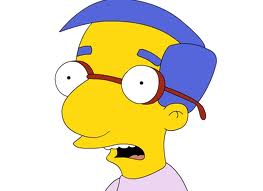 Nerdy appearance aside, real-life Rob is nothing like the meek and whiny Milhouse. On set, he was assertive and endlessly gracious. He made the effort to come over and thank me for doing menial production assistant work (like taping American and Canadian flags to curling stones).

When Rob returned to Los Angeles, we stayed in touch, developing a long distance friendship via phone and email. The consideration he showed during filming proved to be more than just for appearance; over the past three years, he’s been a constant source of support and encouragement. He’s always keen to read whatever writing I send, and loves throwing jokes back and forth.

One thing he hasn’t been quick to offer up, however, is information about him—particularly what he’s up to professionally. It turns out I should have interviewed him a long time ago. Read on to discover what I learned about my friend Rob Cohen.

From the Rockies to Tinseltown

Growing up in Calgary, Alberta, Rob was “a wise-ass and a typical dopey kid,” he says. He loved his hometown—loved its location near the Rocky Mountains, the annual Calgary Stampede, and the “jerk friends” he hung around with. He was a bit aimless, and not long after leaving home in his teens, he took off on a lark and drove to visit his cousin in Los Angeles. He’s been living there ever since.

To hear Rob tell it, he fell into his career as a comedy writer by chance. He’d taken a job delivering late-night orders for a deli, and one of his regular customers was Hollywood producer Richard Sakai, the man behind films such as Jerry Maguire, As Good As It Gets and The Simpsons Movie. Richard took a shine to Rob and told him to get in touch if he ever wanted “a job job.”

Rob took him up on his offer and soon found himself working as a production assistant on Richard’s television program The Tracey Ullman Show. “I was assigned to the writer’s room,” says Rob. “I thought what they were doing seemed interesting and they seemed to be making a lot of money and having a lot of fun.”

He committed his weekends to learning the ins and outs of script writing, and eventually decided to write some sketches for the show. His ideas were a hit, and the writers ended up buying one of his sketches. “They helped me get an agent and then that’s how I sort of lucked into writing,” he says.

Since then, Rob has written for several American television shows, including The Ben Stiller Show, The Wonder Years, MADtv, Just Shoot Me! and The Big Bang Theory. But my favourite show that Rob worked on is The Simpsons.

He started out with The Simpsons as a production assistant, doing odd jobs for the crew. By then he’d been bitten by the writing bug and had his sights set on a writing credit. He pitched an episode that the staff writers liked, but they came back to him with a sentence they liked better: “Homer invents a drink and Moe steals it.”

Rob ran with it and came back to the team with the now-famous Flaming Moe’s episode. It aired in 1991 and opened plenty of new doors for Rob. When Ben Stiller discovered who had written the episode, he brought Rob on as a writer for his new program The Ben Stiller Show.

“We had a blast and then we got cancelled and then we won an Emmy,” says Rob. “And then I went on to different shows from there.”

Rob is a die-hard Canadian. “I love Canada,” he says. “I will never not be Canadian.” He chose to stay in LA simply because that’s where the jobs are—particularly in television. But he collaborates with Canadians as often as possible and loves coming back for work.

Unfortunately, he’s found that there are often barriers to teaming up with Canadian filmmakers on American productions. In his opinion, the culprit is government funding and the associated rules regarding Canadian content.

“Canada has amazingly talented people,” he says. “It drives me crazy because when you want to do something with a Canadian company, a lot of times (it isn’t possible because) they will go to the ends of the earth to make it a 100% Canadian production. Not because they’re patriots, but because they want to get as much of that government money as they can.”

Rob feels that when producers wait on government grants, they end up limiting themselves. As he sees it, Canada’s film and television industry could really take off if people stopped relying on government funding.

“If Canadian writers or producers decided that they had something really interesting or cool or unique that they want to do, they should definitely go ahead and pursue it,” he says. “I know that the Canadian talent base could kick ass anywhere in the world. Government funding is a great thing to have from your country to support you, but I think a lot of times it gets in the way.”

Kicking back in the director’s chair

In the past few years, Rob has been slowly moving away from writing and has turned his four eyes to directing. After two decades as a writer, he says he’s ready for a change.

When I caught up with him for this interview, he’d just returned from Toronto, Ontario where he’d been shooting two episodes of a new television show called Single White Spenny. The program is scheduled to air in Canada on Showcase starting in March 2011. It stars Spencer Rice from Kenny vs. Spenny, and, as Rob describes it, is “sort of a younger Curb Your Enthusiasm type of show.”

Rob has also been breaking into the film industry, both as a writer and director. When we first met, he was shooting the feature documentary Being Canadian. The idea for the doc came about when he was invited to speak at Toronto’s Humber College about Canada’s penchant for humour. He wasn’t sure what his thoughts were on the matter, and as began looking into the legacy of funny Canadians, the script started taking root. 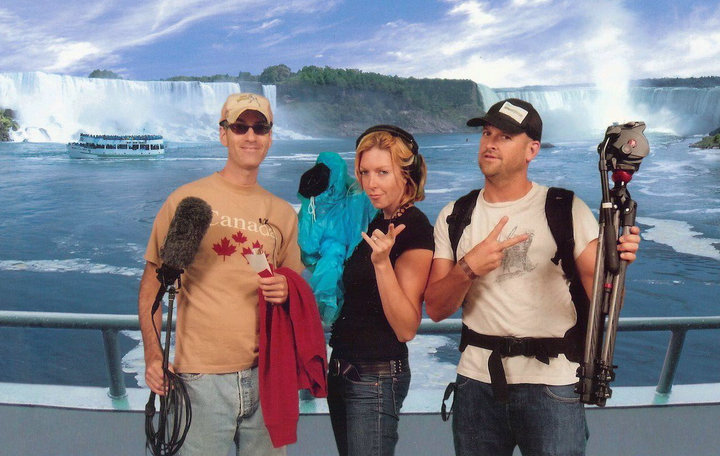 “I’ve always wondered what it is that (constitutes) the Canadian sense of humour, but also why so many people think we’re funny and why we have such a high output of famously funny people from Canada,” says Rob. “So it just sort of evolved from there.”

Travelling across the country, he interviewed a slew of famous Canadian laugh-makers and celebrities, including Mike Myers, Michael J. Fox, Rick Mercer, Howie Mandell, Paul Schaffer, Alan Thicke, Morley Safer, Malcolm Gladwell and members of the band The Bare Naked Ladies. The film is currently in a prolonged state of post-production, with no firm release date.

“We’ve been sort of stopping and starting because we’ve been financing it on our own,” says Rob. “Not with the Canadian government’s money.” 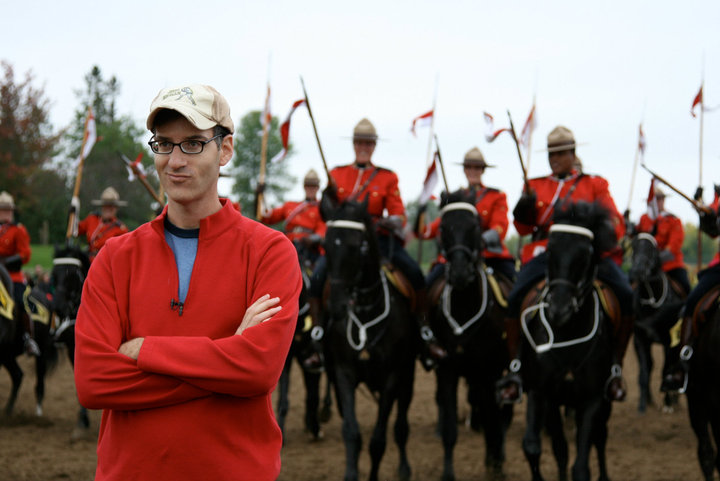 I ask Rob what it is that defines the Canadian sense of humour. He’s still figuring it out, but whatever it is, he feels that it’s a byproduct of our mindset. “The documentary becomes sort of an examination of our Canadian psychology,” he says. “In a funny way, hopefully.”